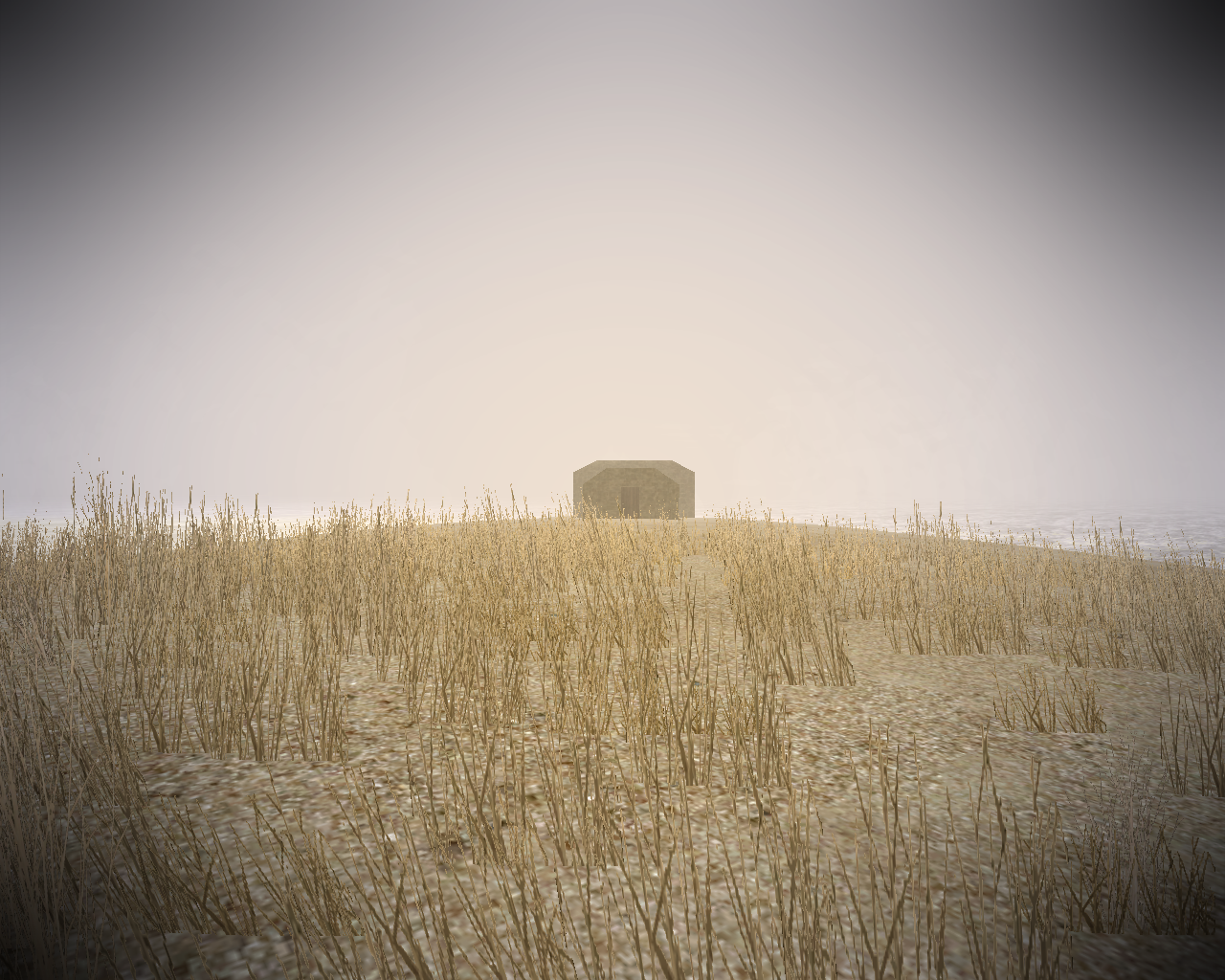 This week's Pocket Dimension is mostly filled with exploration games. That's partly due to a few new ones being released in the past seven days, and partly because I've been thinking about them quite a bit, too.

Particularly how many people don't seem to be able to grasp the pleasure in the verb. As if exploration is intimidating (I mean, it can be) on a conceptual level: "What do you mean there's no tutorial or waypoint markers or clearly defined goals?!"

So, expect the following common traits from the games below: Easing, quiet, windy -- some really good wind this week, actually -- serene, disturbing, intriguing, esoteric, strange, shrouded. Just, you know, little experiences that you wander about within, attempting to define their spatial boundaries, discovering ruins and the accidental debris created by another body's movements.

Why play it? Ramble Planet is a treasure map that's been shredded into thousands of millimeter-sized paper squares and randomly assorted into a neat shape on the carpet for you to piece back together. At first, you won't know where to start scratching upon its sprawling surface.

Your mission is to scour the alien planet of Badmark looking for the myriad equipment that'll fix your ship. Surprises yield hostility: Screams behind locked doors, neglected wind farms, a desert of ambushes. Contrarily, the upbeat music helps you find joy in being so utterly lost.

Still, tedium does kick in after you've walked the surface and the underground a couple dozen times. But it feels necessary as you gain a tired kind of intimacy with each district that helps you understand Badmark's ecosystem. You start to recognize the beasts that you can fight, what a switch in one area changes in another, perhaps know what part you need to cross the field of skulls. This entire world is interconnected in so many wonderful ways and it's your task to unravel all the knots, as tough as that may be.

Why play it? Connor surprised me last year with his brilliant slice of Lovecraftian apocalypse in TRIHAYWBFRFYH. That game induces a lot of panic over time with dramatic weather effects and a horrific sky-filling blob. It's all in order to help us arrive at a cowering acceptance of death.

Sanctuary is less immediate as it's not confined by time restraints. It does, however, hold a more eerie, lonesome type of exploration. Beyond the stretches of long grass and blue flowers the land shares a similar sense of enormity and mystery to Ico's abandoned fortress.

Huge cubes spin aimlessly in the sky. Monoliths lure you like sirens and then leave you in a menacing silence once you arrive at their base. You cross a stone ruin of a bridge with the wind unrelentlessly blasting the side of your face, drilling your ears, almost pushing you off the edge. There's mystery here but nothing tangible you can pry at -- just an uneasiness in the absence of life among the ruins that teases unanswerable questions. 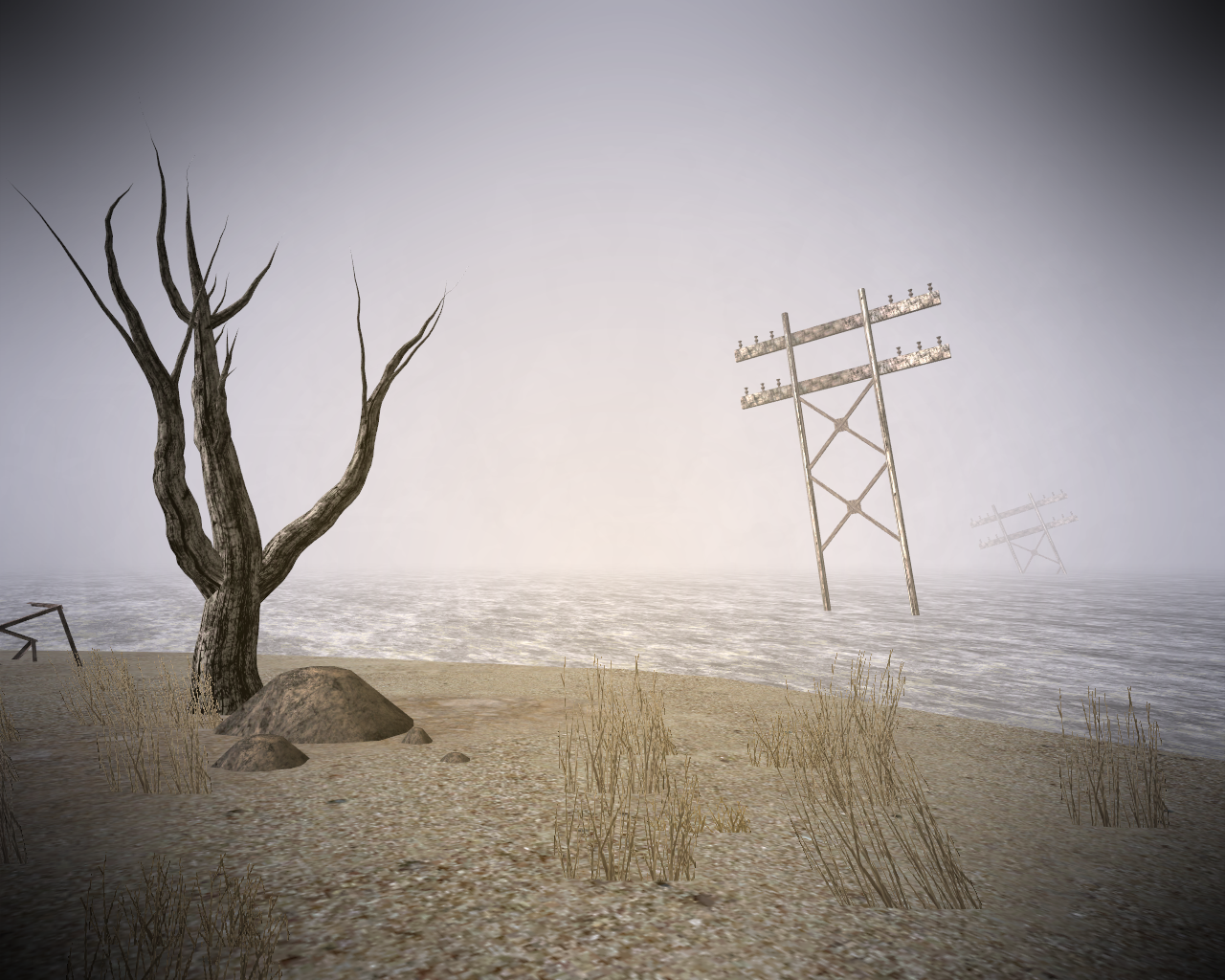 Why play it? The terror that steadily creeps up your shoulders like the hairy legs of a tarantula in David's Fingerbones returns once again in The Moon Sliver. Not to imply that this single element is the most outstanding here. Rather, it's how exploration, narrative, and horror are woven together to create a twisted tale of human desperation that makes The Moon Sliver so tense yet so difficult to not see to the end.

Over the course of a single day and howling night you learn what happened to a small group of survivors stuck on a sinking, dead island. Something hunted them in the dark, something worse than their growing distrust of each other. The tale that emerges is told through the notes and items you find (like in Gone Home) laid across the small houses where fireplaces are still prancing and candles are still lit.

The melodrama is what pulls you in. You try to figure out each character's motives and question their strange behaviors in an attempt to figure out if the beast is an external or internal threat. The horror is found in retracing their steps and knowing that some indescribable atrocity occurred right where you're standing, your flashlight flickering in the dark.

Why play it? Unfortunately, cabin shed isn't finished. Still, it hardly matters when what's there appears to be in place as intended. Its zany, self-contained world is delightful entirely in its whimsy.

The denizens seem obsessed with saucepans, while another recurring motif is babies -- one even spins around inside of you. Characters express their purpose through permanent postures and repeating cycles of animation. One flips a saucepan in the air, wearing another on its head just above a large grin, as if trying to attract you to a fairground ride with a mixture of observable talent and the visible promise of joy.

To describe any one minute of cabin shed would be to spew nonsense. It is perhaps best compared to music. Its individual parts make little sense by themselves -- especially its baffling soundtrack (a mixture of voice clips and perfunctory notes). But, when played together as a composition it forms a wholesome world that you can prance about in.

Why play it? Growling wolf heads peer out from up high. Devilish goats stand on two legs, chest exposing a glowing heart inside their exsanguinated innards, blood clinging to the cloth around their groins. Walls are eaten by a growing darkness as a ghostly black ooze drips from all orifices.

Amon26 has always had a talent for bringing out the unsettling and creepy in lo-fi graphics. In The Kingdom, a horror shooter, sees you surrounded by his nightmare on all sides.

As much as you may want to stop and admire the horror of gored limbs stabbed onto stakes and hooks, you can't. Many of the enemies in this fortress are tortured with constant reanimation -- they cannot die, not permanently. You shoot them down, they arise from a red ring in the ground, ready to die again.

It keeps you on your toes, forcing you to move deftly, deadly from one charnel pit to the next as if riding a really gross ghost train. Hallways are jagged to hide scourged souls ready to pounce on you. Corridors turn in on themselves, sending you in circles, killing the same enemies as if recycling torture - the devil's work.

This is just a prelude to what may become a much larger game. The snarling king that stares at you from the entrance to this fortress hasn't been met by the end, so it has the capacity to expand. I would gladly wade knee deep through many more levels full with rancid guts and infernal executions.

Purchase for $5 on itch.io (Windows, Mac)